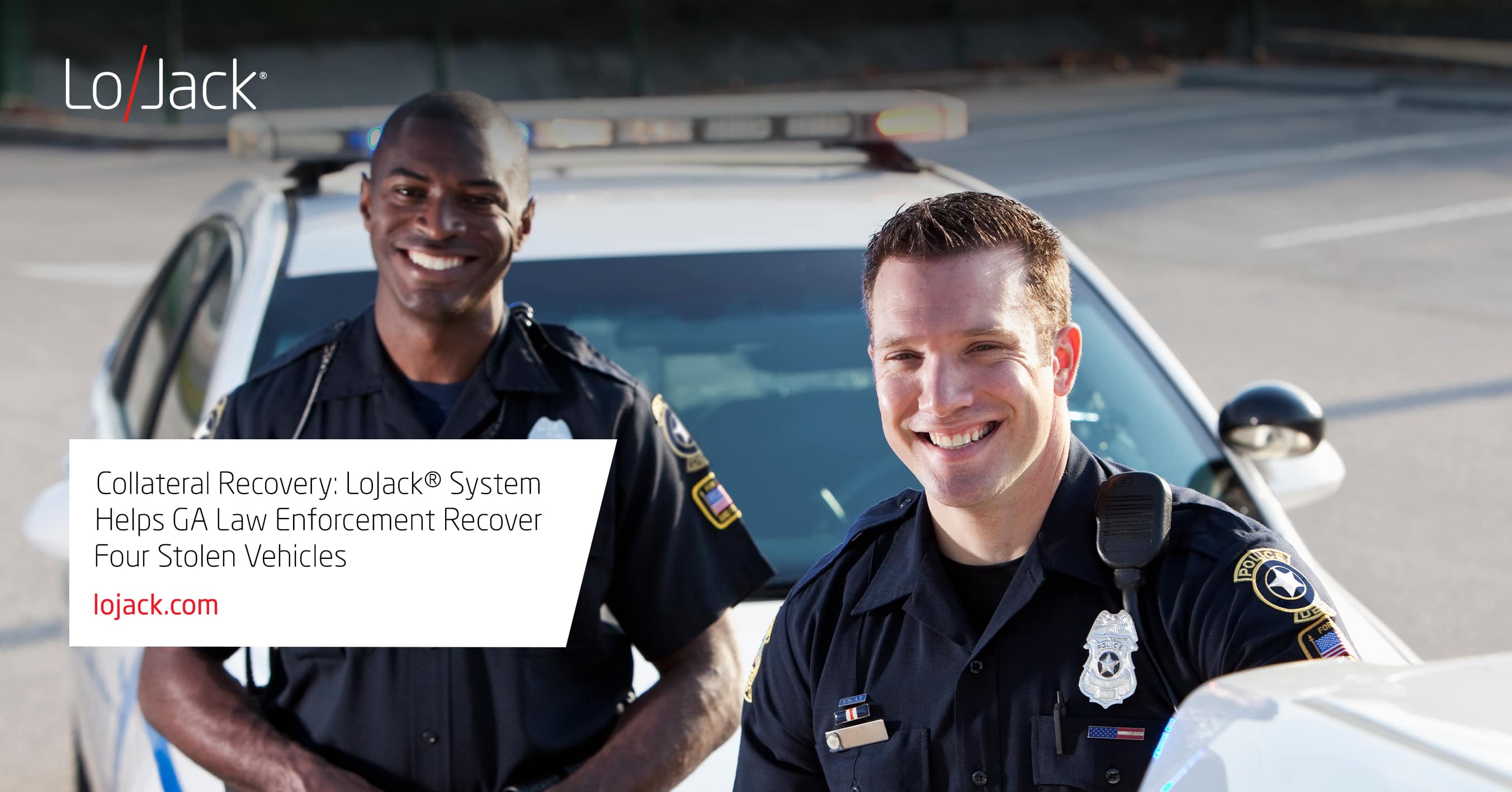 Auto theft doesn’t occur in a vacuum. As we’ve discussed in the past, auto theft is often a gateway crime, or the starting point for the commission of other crimes. Many times, the recovery of one stolen vehicle leads law enforcement to a number of other stolen assets. Whether it’s other cars, construction equipment or commercial vehicles, we’ve seen examples of a single LoJack signal resulting in the recovery of hundreds of thousands (or even millions) of dollars’ worth of stolen collateral.

The owner of a 2018 Audi SQ5 reported to Smyrna Police that their vehicle had been stolen. Once Smyrna Police verified the theft, they entered the vehicle’s information into the NCIC system, automatically activating the LoJack® System in the vehicle.

Later that evening, several officers began picking up the silent LoJack signal from the stolen Audi with the LoJack Tracking Computers (PTC’s) that are installed in their vehicles and Air Units. At the same time, units were picking up another LoJack signal from a stolen 2019 Toyota Camry that had been reported stolen to Gwinnett Police in Lawrenceville, GA.

The units began converging on the area where the signals were coming from, and eventually, they located both vehicles behind a music recording studio on the west side of Atlanta. As they entered the property, numerous vehicles began to leave.

The following four stolen vehicles were recovered at the scene:

In total, nearly $120,000 worth of vehicles were recovered and returned to their owners thanks to the help of LoJack technology. These four vehicles were all stolen within 24 hours of each other in four different police jurisdictions.

The LoJack System in the 2018 Audi was installed at Jim Ellis Audi in Marietta, GA.

The LoJack System in the 2019 Camry was installed at Atlanta Toyota in Duluth, GA.

As always, we appreciate the hard work from law enforcement to make recoveries like this possible. We’re proud to work in partnership with agencies across the country as they strive to make our communities safer.